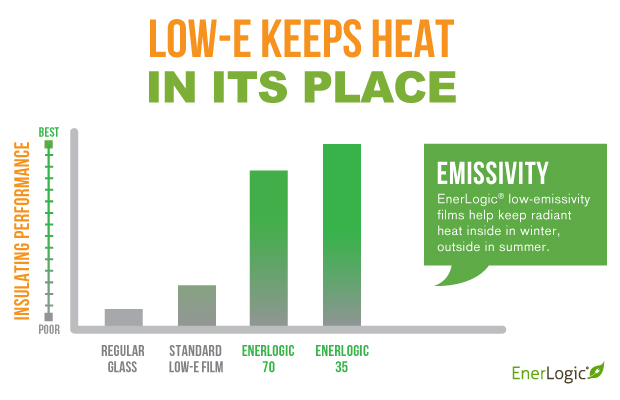 EnerLogic low-e glass insulation technology revolutionizes window film in New York. In summer, EnerLogic keeps the heat outside, like traditional reflective window film. In San Francisco, keeping cold winters in mind, EnerLogic does what reflective film can’t do: it locks the heat inside. So you get a perfect balance of energy efficiency, comfort, and cost savings all year long.
How fast will EnerLogic pay for itself?
EnerLogic is a low-cost, high-return technology that compares favorably to other popular energy-saving measures, such as high-efficiency lighting, new control systems, and HVAC upgrades, both in terms of energy efficiency and cost savings. Ideal for New York, window film with EnerLogic technology outperforms most of the alternatives in terms of simple payback. Because the cost to upgrade a building with EnerLogic is typically much less than the cost involved with other upgrades, and because EnerLogic is often eligible for utility company rebates, your return on investment starts adding up in just two to three years.

How Does EnerLogic Compare To Other Film Technologies?